Casa Fabbrini Campo Marzio is in Vicolo delle Orsoline 13, a pedestrian alleyway right in the heart of Rome’s historic centre, in Campus Martius district (also known as Tridente shopping district), just 400 mt away from the Metro Station Spagna (Line A).

The alleyway is a few steps away from Via del Corso and the famous Spanish Steps. It crosses Via Vittoria, which together with Via della Croce, Via Condotti, Via Borgognona, Via Frattina and Via del Babuino form one of the most elegant areas of the city.

How To Get There

How To Get There

It's easy to arrive here

As you approach Rome on the A1 Motorway get off at the Roma Nord exit. Proceed towards the historical centre using Piazza Augusto Imperatore as the destination on your navigator when the city centre ZTL (Limited Traffic Zone) is open, or Lungotevere in Augusta, when it is closed. Park and continue on foot towards Via del Corso.
Cross and walk down Via Vittoria. The first alleyway on the left is Vicolo delle Orsoline. Turn the corner and walk to number 13.

Both from Leonardo da Vinci Fiumicino Airport and from Ciampino Airport take a train or the shuttle to Rome Termini station.
Here catch the Metro A line and get off at Spagna stop. Cross the square and go down Via Condotti, turning right when you reach Via Belsiana. Walk all the way down Via Belsiana and you will find yourself in Vicolo delle Orsoline. Round the corner is Casa Fabbrini Rome.

Arrive at Termini railway station, the main train station in Rome. Catch the Metro A line and get off at Spagna. Walk towards Via Condotti and turn right into Via Belsiana. Walk to the end of Via Belsiana and you will find the alleyway Vicolo delle Orsoline. Casa Fabbrini Campo Marzio is at number 13.

What to see close to Casa Fabbrini Campo Marzio

This is a list of the main monuments and top sights within a walking distance from Vicolo delle Orsoline 13. 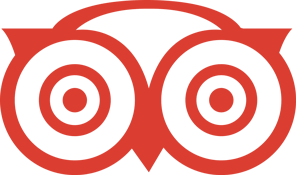 Visit the other B&B's

We wait for you in the heart of Rome and in Tuscan countryside.